A new species of a screech owl in the Amazon rainforest has been discovered and is named after our martyred Sister of Notre Dame de Namur Dorothy Stang. Sister Dorothy was born and raised in Ohio, and spent many years living in the Brazilian Amazon fighting for the rights of people in poverty before she was murdered on February 12, 2005.

The following reflection was written by Sister Teresita Weind, SNDdeN:

Morphology in biology refers to structure and appearance in living things. Distinct vocal and genetic variation in Amazon Forest Screech Owls led to the identification of the new species of the Xingu Screech Owl named after Sr. Dorothy Stang, Megascops stangie. In the same Amazon Forest, Sr. Dorothy faithfully raised her voice, making distinct sounds of protest and resistance to the presence of illegal loggers who cleared sections of the forest for illegal ranchers who planted grass for cattle. Sr. Dorothy's voice resonated with the voices of the farmers whose land was illegally snatched and stolen from them. Sr. Dorothy's voice was loud and clear as she warned the world that "The death of the Forest is the end of our lives". She tried every sound possible to awaken the world to the fact that the Amazon Forest is the "lungs of the planet".

While she lived and served, Sr. Dorothy Stang had no idea that her faithful work in the Amazon would influence and make an impact on the lives of two Brazilian biologists, Sidnei Dantas, who was working on his Ph.D project, and his professor, Alex Alexio. During his study, Sidnei visited and was moved for good by seeing Sr. Dorothy's gravesite. Later, when the two biologists were discussing what to name the owls, Alex suggested that one of the owls be named after Sr. Dorothy as a way to raise awareness about the Amazon, being the "lungs of the planet", and home of tropical medicinal
plants, birds, animals, and human lives.

Along with the naming of the owl, the other members involved in the project also felt strongly about drawing attention to the political corruption and destruction of the Amazon Forest.

Therese Catanach, a member of the research team, contacted Sr. Kathleen Harmon, Province Moderator about connecting Sr. Dorothy's name to the Xingu Screech Owl. Therese is a biologist and ecologist who is committed to highlighting the interaction between faith, social justice, and wildlife conservation. She shared that "Sr. Dorothy's murder left a big impression on me, especially when I started research in tropical forests".

Today we thank the research team, and especially Therese who in her own words, affirms and confirms the last part of our Congregational Mission Statement, namely to "be out in the world making tremendous differences in people's lives, often working for truly forgotten people". None of us will ever know the full impact of "our one and only life to work with others to create justice and peace for all". We thank God and each other for the grace to remain faithful to our Call!

(Quotes and personal references are used with permission of Therese and Sidnei.) 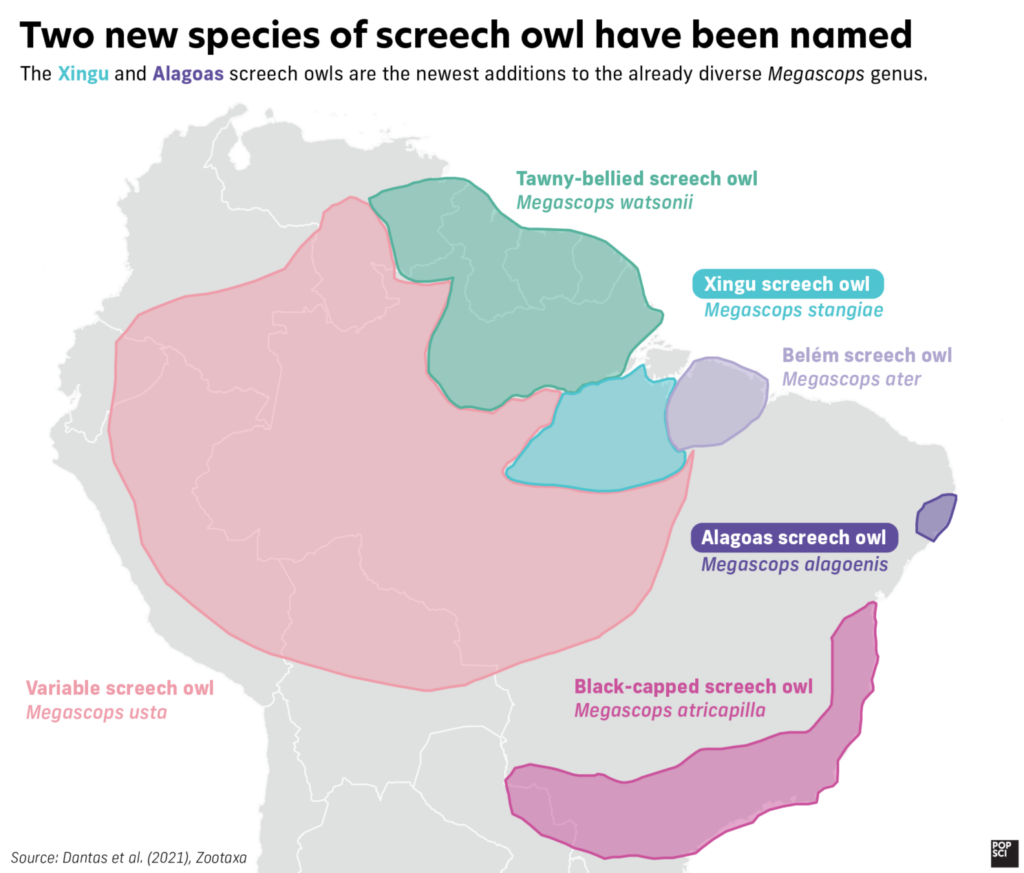