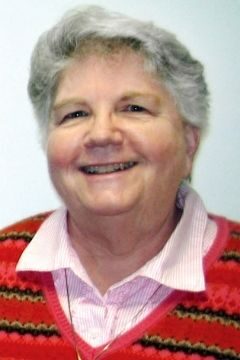 Mary Margaret grew up in a family with Irish wisdom that was totally loving, and mutually supportive. She was the youngest of three children of Lawrence J. Pignone and Margaret McGlynn Pignone. Her oldest brother, Lawrence, is deceased while her brother Tom remains close to her. She is close to her seven nieces, nephews and their families.

Mary Margaret was born in Washington, D.C., on September 20, 1943 and attended Holy Comforter School and Notre Dame Academy K. Street, both in the District of Columbia. Her paternal aunt, Sister Frances Pignone was an SNDdeN and so she was acquainted with the Sisters from an early age. In 1961, after graduation, she entered the community at Ilchester, Maryland. Mary Margaret completed a Bachelor of Arts in History at Trinity College, a Masters degree in Rural Sociology at Penn State University and a PhD. in International Studies from American University in DC.

After several years of teaching at high schools in Pennsylvania, Mary Margaret worked as a Graduate Assistant at Penn State while pursuing her Master's degree. She then spent six years in Appalachia, first as a teacher, then as Director of Community Development for the Diocese of Wheeling/Charleston, W.Va., and as staff to the Tug Valley Recovery Center in Mingo County. W.Va., following a disastrous flood in that county. In this capacity she was instrumental in having the Army Corps of Engineers build their flood wall to also protect the African American community (although for the Army Corps it "was not cost effective").

Her life then took a turn toward SNDdeN community service and for the next four years she served as Administrative Assistant, property manager, and on the Administrative Team for the "Sharings" group in the Maryland Province process of reorganizing.

In 1984, Mary Margaret began her studies in International Relations while working at the National Catholic Education Association, as Graduate Assistant and later as Assistant Professor at American University, Trinity College, and Northern Virginia College, and as Program Staff at the Africa Faith & Justice Network.

When it was time to start her dissertation, Mary Margaret wrote: "You can't think globally if you don't act globally." To that end, she set up a network with SNDdeNs in four English speaking countries who would analyze their respective socio-economic conditions together: Glascow, Scotland; London, England, Baltimore, Md, and Zimbabwe/South Africa Unit.

Community service beckoned again and she served on a Chesapeake Province Administrative Team for four years.

Mary Margaret next turned her attention "globally." In Kroonstad, South Africa she became the Coordinator Jalo Peo Trust, giving skills training to the unemployed and small business development and then, in what became known as the Northern Free State Institute, redeeming the large SNDdeN Property at Kroonstad, which later became an elementary and middle school.

After more than five years, Mary Margaret was back in the United States and joined with Notre Dame Mission Volunteers and the Julie Community Center, becoming an AmeriCorps Site Director for the Family Support Program that served low-income residents in East Baltimore (literacy, GED, job readiness, conflict management, parenting and housing). In 2010, she became "Sister Thursday" on the Chesapeake Province final Team until 2014 when five US provinces merged.

Today Mary Margaret lives at Mount Notre Dame in Ohio and serves others by her prayer and presence to others.